In my mind going out o the cabin is like going on a mini vacation. I go out there to relax and get away from city live. However when I return home and move around I feel exhausted and sore. 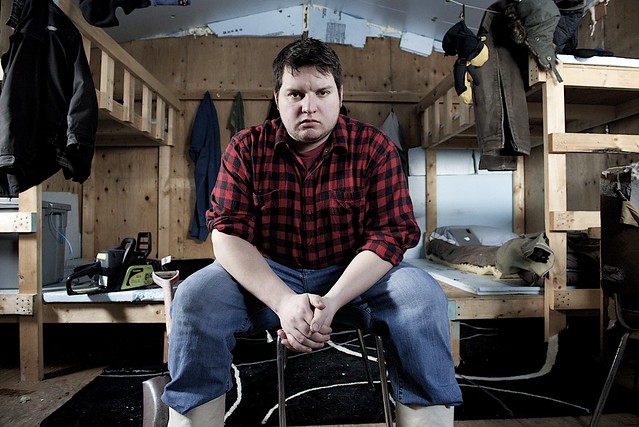 Going out to the cabin is a lot of fun and I enjoy every minute of it but I forget how much effort it takes to get out there and stay out there. First there was getting everything I needed while out there, food, supplies, camera gear. It all adds up and then I need to strap it to my komatik. Then I have to get the sled going to get out to the cabin. That was the easy part. 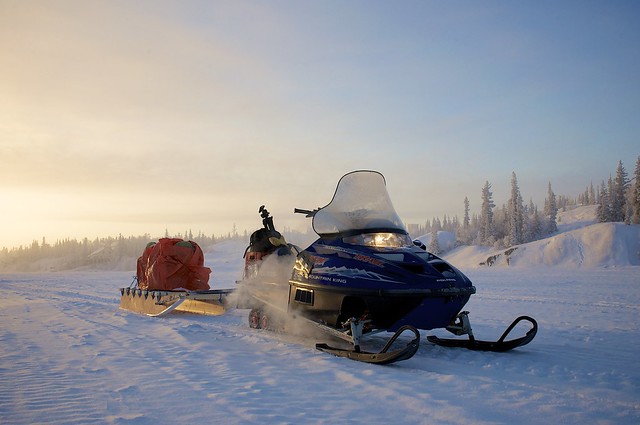 This was probably the first fire in the cabin all winter, so it took a couple hours to heat up to a decent temperature. And while I thought I was going to have tons of time to do some writing it seems like the time just flew by. Cut more firewood, fixed some insolation issues, laid down some carpet and then it is dinner time. Steak and potatoes.

I had not looked a the weather to closely for the weekend other than to see if it was going to be clear. I was hoping to get some photos of the Aurora, but it got cold and my camera crapped out. When I woke this morning it was -40ºC, the coldest night so far this winter. Thankfully I had keep the fire going all night so the cold was kept at bay. 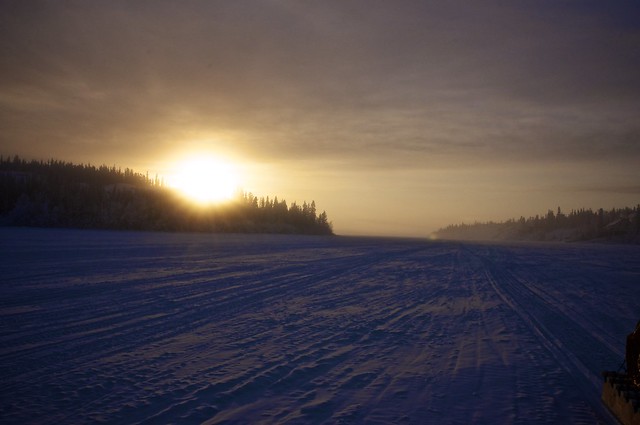 The tricky task about getting back to town was actually getting the snowmobile started. It was a giant ice brick. The pull cord was completely frozen and would not moved at first. After some gentles tugs it started to moved and then after a good 100 pulls the motor finally turned over. After letting the sled idle for 30 mins it moved but it was still a rock. The seat and suspension were hard as concrete and having to drive over the drifts on Great Slave Lake I’m a little sore now. 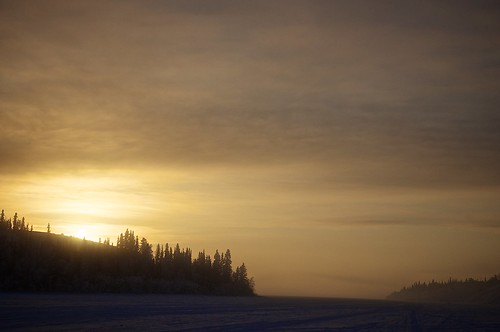