I think it is facinating when people I know or went to school with finally understand the world of Twitter. Now I’m not saying I’m a veteron of Twitter, but I did join back in 2008, when it was only just catching on in the tech realm.Way back then I quickly learned all the cool things I could do with twitter. Engage in conversations on topics that interested me, follow people I would never otherwise know of, and get the inside scoop as to something 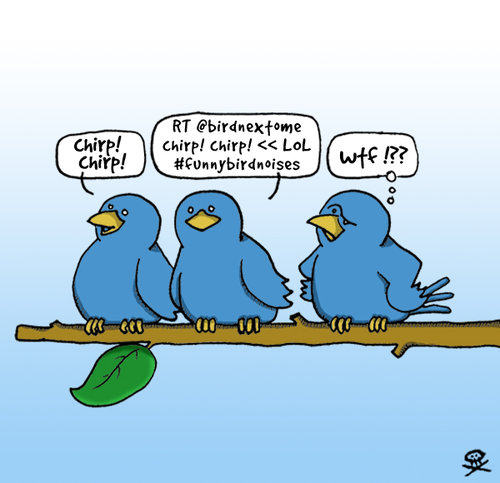 So now 3 years later when I see those people who I never thought would actually get on twitter, on twittering using it, I think it is wonderful. It always makes me feel for some reason like I discovered something myself way before everyone else. Yes it is similar to an ego boost, I actually think it’s a sense of acceptance, knowing you’re doing something that everyone else is doing as well. Now, many people have been using twitter longer than me or as long as me, but seeing those people that you grew up with or round makes it different.

This is a good thing, I wish more people I knew were on twitter. It actually drives me nuts when I see someone who would benefit from twitter or social media not using it. I don’t know why they don’t use it, we all use it in our own different ways right?

Many years ago I tried to put all the negativity behind me and started to think more positively about things. That is not to say I don’t ever complain about things, nor do I mean I’m not occasionally a negative person, but I rather try and be positive.

I have been able to keep those who are extremely negative out of my life, even while working in Social Media, but that has changed.

Now negativity is infecting a space I once and still somewhat occupy and I’m not sure what to do about it.

The easy solution is to walk away and shut them out, but they maybe more difficult in this public world.

I will express more of my thoughts in a coming blog post and for now, I will continue to be the positive person.

…and offer solutions, rather than pointing out the problems.