Day two of our trip to Fort Smith and I’m already in the habit of writing once a day. I’m pretty proud of this.

I would first like to mention that the photo I took in yesterdays post of the forest fire was actually north of Fort Providence about 80kms, not near Kakisa, but I’ll get into Kakisa in a second. Just wanted to make that clear as to not confuse the forest fires in the NWT.

The first night out of Yellowknife might as well always be “rough” but this time it wasn’t that I was uncomfortable. This time it so happened that my mind was trying to hard to hear noises that weren’t there. You know the feeling after you grow so use to the “city” noises that being in the woods is a little out of place. Well my mind wouldn’t like me sleep, constantly trying to listen for something.

Finally sleep came around 2am thankfully and I drifted away for the night. Or so I thought. 4am came like a blink of an eye. I stirred awake cold. The temperature had dropped significantly and thinking it would be scorching hot all the time on this trip I didn’t bring much for blankets. On came the hoodie. Not before I stammered out of the tent in nothing but my boxers to find a near by tree. Upon doing this I discovered that Lady Evenlyn Campground was submerged in smoke. Thicker than I was normally use to. Of course not thinking clearly, being half asleep and quite exposed to the swarms of bugs that looked at my flesh like a thanksgiving turkey I flung myself back into my tent.

After I settled in again I, for the first time, noticed my eyes were getting sore. Again, being tired, I didn’t think much of this and pulled up my hood and whipped the sleeping bag back over my head and drifted off until morning.

Morning was peaceful. One of the most relaxing mornings I have had in a long time. No where to go, no where to be, no routine to keep. The smoke from the night before had mostly disappeared and there didn’t seem to be much concern of a forest fire at the time. If anything I got to capture some morning smoke lingering in between the trees surrounding our campsite. As the morning grew on I got to read some editions of the Bread Magazine, while drinking coffee and eating banana bread.

Nothing about this morning was moving very quickly, until the park manager stopped by our site. His words “they’re closing down the campground. Yep. Forest fire too close they say.”

It didn’t seem like an emergency to us. We couldn’t see anything and the park manager didn’t seem to worry a bit. So we meandered around our site packing up and set out on our way to Fort Smith.

Other than a 30 minute stop at McNally Falls our drive was uneventful to Fort Smith and almost seemed like it took a long time.

McNally Falls though was somewhat unexpected. Having drive this highway at least 15 times in my life never have I stopped there. I was blown away by the beauty of the fall and surprised by the proximity to the highway. They are literally a stones throw from the road. With paths on either side of the gorge it is an amazing very from any vantage point and quick to get into. I highly recommend the pit stop.

The Queen Elizabeth Campground in Fort Smith is quickly becoming one of my favourites in the north. It is generally quiet. The sites are nice. And the camp managers are a hoot. Toni and Peanuts (Henry) are a lovely couple who love to talk about the area and make sure our stay is top notch.

That was the day in a nut shell. I’ll leave my Berro’s Pizza review and how having a shower after being caked with bug spray thoughts for another time.

Every single time I take off down the road I say to myself “I’m going to journal this trip. Write every night about what I did that day.” My best intentions are in those words but then it just doesn’t happen. Some could say I’m living in the moment and taking in what I’m seeing. I try to believe this anyways.

Alas I’m on the road to Fort Smith from Yellowknife. Traveling down for some organization work and to see the sights, again.

We are currently overnighting at Lady Evelyn Fall just outside of Kakisa, NWT. We are at one of four sites being used tonight.

Our journey started after work and the drive past Bechoko was uneventful. We saw a couple herds of bison and some cranes but we unadapted to the environment still so did not stop for long to take pictures. In other words the bugs drove us back into the truck.

As we approached Fort Providence we got closer and closer to a forest fire burning a couple kilometres off the highway. We wandered around taking photos of it, cruising up back roads and trudging through brush.

A bug jacket was unravelled by myself and worn for the duration of the expedition through the bush and while setting up camp.

1Now we are nestled into our site with the sound of the rushing river going crashing over the falls behind us. This sound will definitely rock me peacefully into sleep as the smell of campfire lingers on through the night.

This year to celebration the winter solstice, my friend and I, took a day trip to the community of Fort Providence, NWT. It is about a 3 hour drive from Yellowknife.

Along the way you are bound to see many bison grazing along the side of the road. Just past Fort Providence is the Deh Cho Bridge that span across the MacKenzie River. In town there is a nice view of the “big river”, and my favourite the Snowshoe Inn Cafe and Gift Shop. I highly recommend taking the drive to check out this little store. 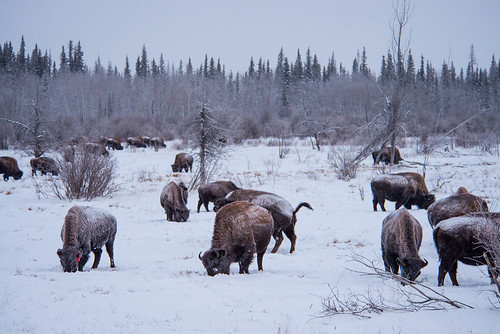 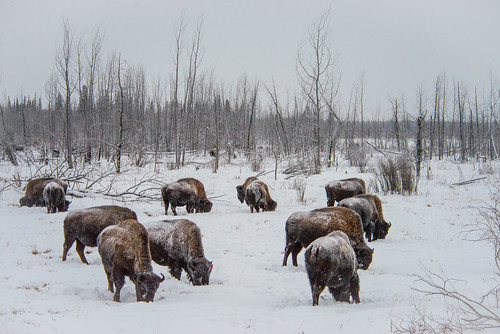 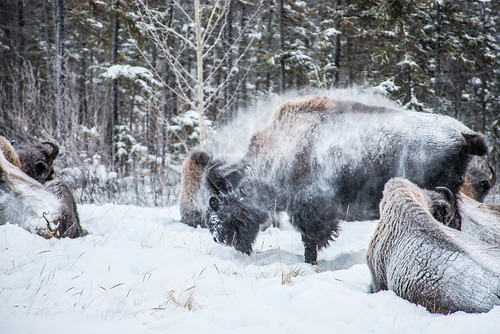 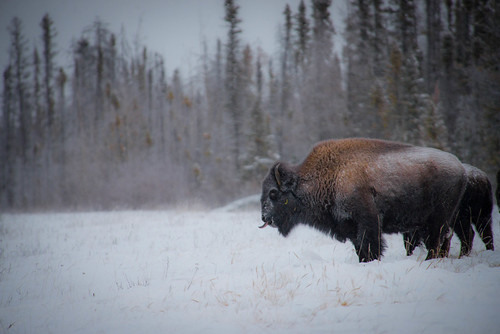 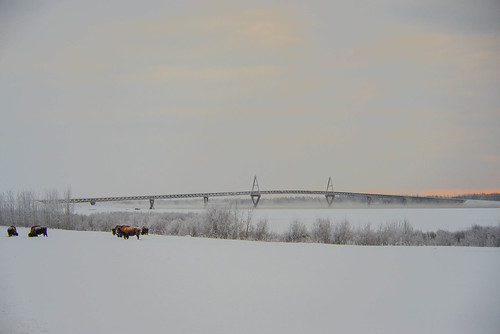 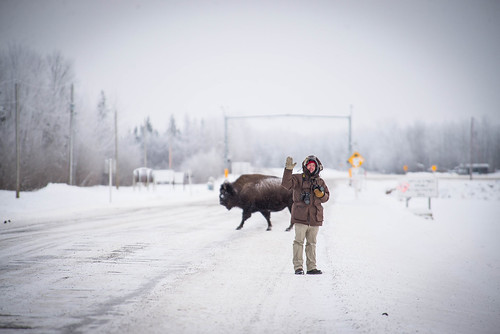 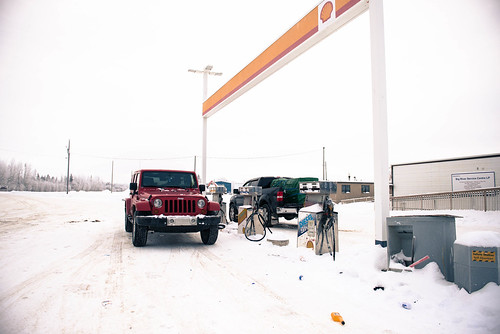 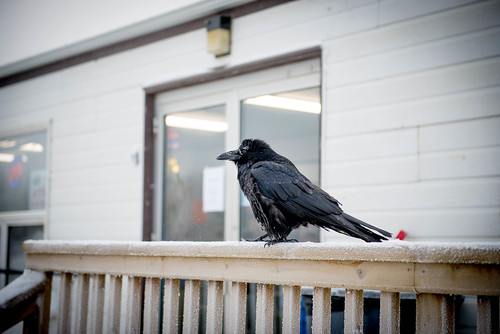 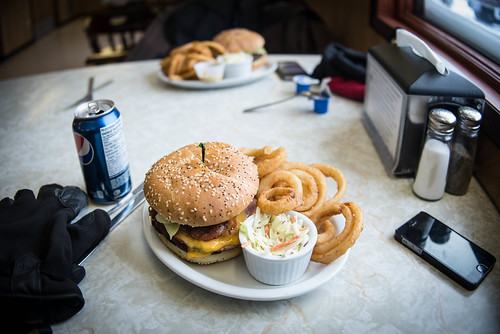 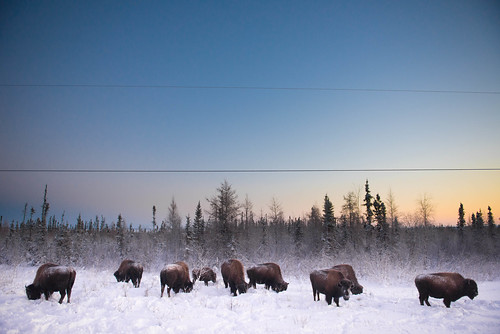 An early morning walk took me to the shoreline in Oak Bay outside of Victoria. The leaves have fallen but the grass is still green and the air still somewhat warm. Enjoy some simple photos of the park I wandered through. 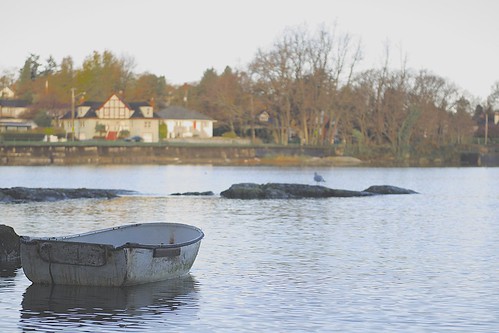 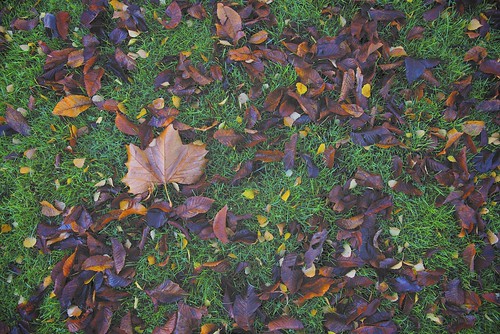 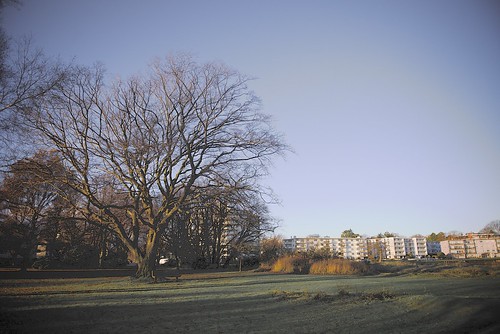 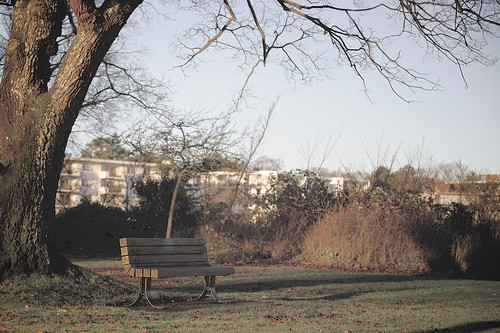 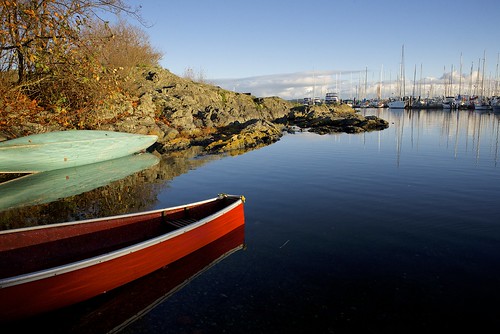 This place has some amazing looking bread and their mini pizza look so good. I must try some.